280 hectares of nature for Brandenburg 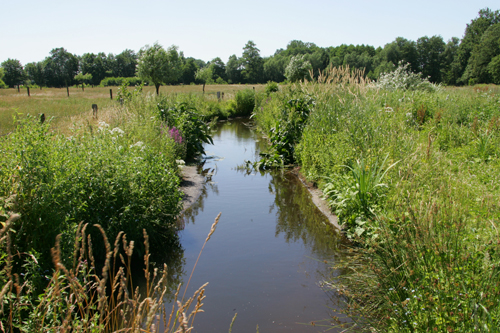 Natural landscapes to be developed to offset OPAL construction work

Kassel/Baruth. Open-land biotopes have become rare in Germany’s densely populated cultivated landscape – and as such they are all the more important for the biodiversity of the region. The few biotopes which do exist often require special care as well. The WINGAS Group, which is currently building the OPAL natural gas pipeline in the East of Germany, is investing several million euros in Brandenburg alone for the expansion, preservation and cultivation of ecologically precious areas. Around 280 hectares of land all over Brandenburg will now be transformed into natural biotopes as part of the measures to compensate for the construction of the pipeline: “The most important of these measures is the reforestation of woodlands over an area of about 90 hectares,” OPAL project manager Hans-Georg Egelkamp explained. “The aim is to foster the diversity of the heath landscapes on an area of about 40 hectares; another 40 hectares of woodland monocultures will be transformed.” In addition, WINGAS is arranging for hedges and rows of trees to be planted, wetland biotopes to be set up and will support the restoration of running waters. The measures will be implemented from mid-2011 upon completion of the construction work. Similar measures are pending in the federal states of Mecklenburg-Western Pomerania and Saxony, where the laying of OPAL (Ostsee-Pipeline-Anbindungsleitung – Baltic Sea Pipeline Link) is already expected to be completed towards the end of the year.

In the area around Baruth alone, where the company is currently building a compressor station for the OPAL pipeline, around 47 hectares of natural habitat will be preserved and cultivated on behalf of WINGAS. “The compensatory measures for the construction of the facility will be monitored by specialists in the field who analyze the requirements of the local area and work closely together with conservationists from the region,” Michael Höhlschen, the man responsible for the planning of the pipeline track in Brandenburg, explained. The measures planned include gradually merging dwarf-shrub heaths and dry sandy grasslands with sandy areas in the areas round the Massow heathlands and in the Nuthe-Urstromtal district to create valuable open-land biotopes. In addition, the old forests in Heidesee will no longer be used for forestry and will thus be preserved. The bats in the area round the OPAL pipeline track are also receiving special attention. All over Brandenburg biologists are trying to find suitable winter habitats for the animals and have hung up numerous substitute homes outside the construction zone. At lofty heights, where the flying mammals like to set up their breeding dens, specialists are climbing trees on behalf of WINGAS to check where other alternative living quarters need to be set up for the animals. In addition, an old bunker complex in Halbe is being converted with the financial support from WINGAS for the bats to use.