Do we need capacity mechanisms? 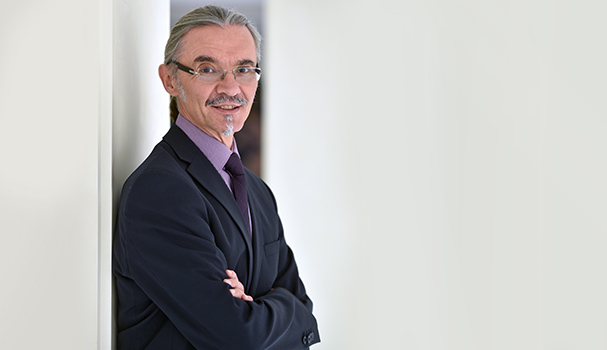 Kassel. The electricity supply in Germany and Europe is about to embark on a period of radical change in the wake of the energy transformation. Numerous power stations will be taken off the grid by 2022 and the question of supply security has emerged as one of the most pressing issues. Many different models are currently being discussed to solve the challenges this brings. But how well do the various models of markets for kilowatt hours and markets for supply security fit together? In this interview, Dieter Rütten, Head of Renewable Energies Applications Technologies at WINGAS, talks about the significance of capacity mechanisms and the tricky task facing the national economy.

What are capacity mechanisms?
Rütten: Capacity mechanisms are economic models (for the energy industry) whose goal is to safeguard security of supply in the electricity sector in the long term at lowest possible cost. This goal should be achieved by increasing incentives to invest in the power station industry. With the help of these models, trading with the guaranteed output (or capacity) of power stations should be able to co-exist with energy-only trading.

What has led to the current situation in the electricity market and what are future developments likely to be?
Rütten: European legislation has liberalized the electricity markets in Europe. In almost all countries, there was a tendency, when monopolies were in place, to produce surplus capacity but this did also guarantee a high level of supply security. In the liberalized market, only kilowatt hours are traded. The security of supply issue is not explicitly addressed in this market but, in a way, it is assumed. More and more power stations are being removed from the grid due to present surplus capacity and electricity prices that do not even cover costs. The growing share of renewable energy carriers forcing their way into the grid is exerting even greater pressure on prices. However, we will need new capacities, at the latest when the last nuclear power station is taken from the grid. If the present market design is not supplemented by new mechanisms, it can be presumed that, given current conditions, no-one will want to build new power stations.

What could an ideal solution for WINGAS look like?
Rütten: Our national economy is facing a very tricky task. Firstly, not all power stations that are suffering financially due to current surplus capacities can be kept in operation as this would be very inefficient in economic terms and would run counter to the conditions of competition that we at WINGAS expressly endorse. Secondly, it would be desirable, if it were possible, to prevent the shutdown of some of the most efficient power stations so that they could continue to be used whenever necessary. Otherwise, we would be forced to build new and more expensive power stations at a later time. This would mean double costs, both for the decommissioning of existing power stations and the construction of new ones. The task is therefore to find the optimal solution in terms of the national economy. We would like a mechanism that is well suited to the energy-only market and that also encourages the development of a genuine supply security market. As a secondary condition, the mechanisms should help keep especially efficient power stations with very low CO2 emissions in operation and also provide an incentive to build new, highly efficient power stations.