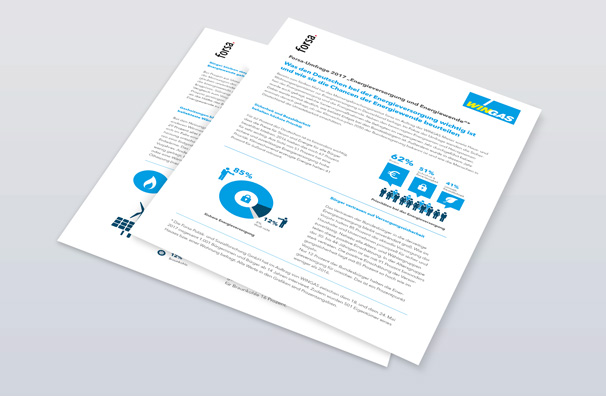 Kassel. As a fuel, natural gas remains very much in demand and very popular among members of the public in Germany. This was among the findings of a recent survey on energy supply carried out by the opinion research institute forsa on behalf of WINGAS. According to the survey, most people in Germany believe that natural gas will play a central role in the energy mix of the future: 58 percent of those surveyed were in favor of natural gas as the preferred partner to renewables, placing it well ahead of all other traditional fuels. In contrast, acceptance of crude oil (22 percent) as well as coal and lignite (15 and 12 percent respectively) is declining. Around a fifth were still in favor of nuclear power.

The study also revealed that house and apartment owners are paying more and more attention to climate protection when choosing a heating system. For 38 percent of those surveyed, having a system which produces the lowest possible CO2 emissions is important. This is four percent more than in the previous year. Low heating costs are the main criterion for 32 percent. In 2016, this figure was three percent higher.