Forsa survey: The Germans are worried about increasing energy costs 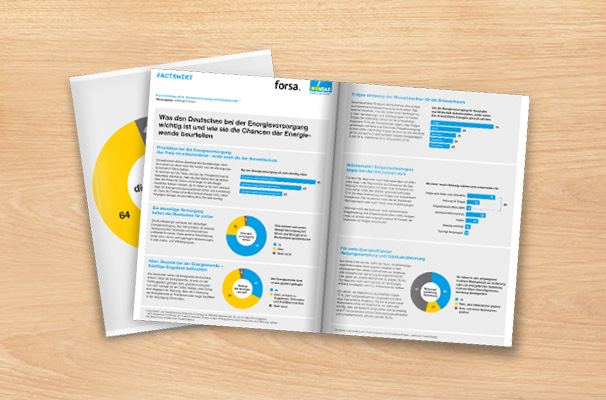 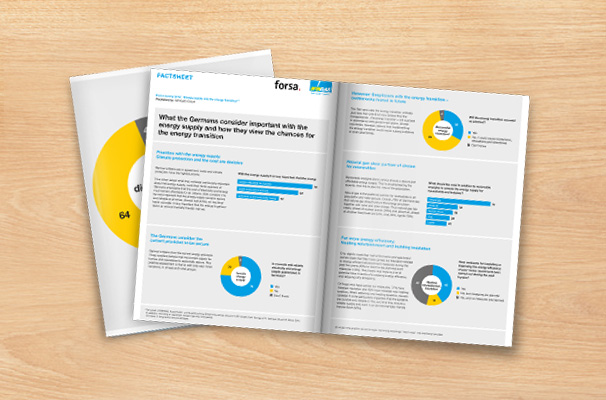 Kassel. Climate protection, affordable energy costs and security of supply – which takes priority from the German point of view? At the end of the heating season, a new survey by the Forsa polling institute shows that for German citizens one thing counts above all else: the cost. 76 percent of Germans emphasize that electricity and energy must remain affordable. A majority of 62 percent also consider it very important that the energy supply is secure and reliable at all times. 43 percent consider environmentally friendly energy generation to be very important. Compared with a survey from the previous year, this shows that importance of environmental protection has fallen slightly for the Germans, by one percent, but the importance of energy prices has risen by another two percentage points.

“This shows that although climate change is important to citizens, they are increasingly concerned about the costs that are occurring as a result of transforming the energy landscape in Germany,” explains WINGAS Chairman, Dr. Gerhard König. In the latest survey conducted on behalf of WINGAS, Forsa surveyed over 1,000 citizens, including 570 home and apartment owners, for their views on energy supplies and the Energiewende – the energy transition.

The Germans have a clear opinion when it comes to the question as to which traditional energy sources should play a central role in a modern, low-carbon energy landscape: according to Forsa, 70 percent would like natural gas to supplement renewables. Natural gas therefore lies clearly ahead of all other traditional fossil fuels, and also before nuclear power. “We need to set the future course now, in this year, if the energy transition is to succeed. We need to transform our overall energy supply in such a manner that we can reconcile climate protection with supply security in a cost effective manner with electricity, heating and mobility. Cleverly combining the vast potential provided by renewables and natural gas will be of crucial importance here,” explains König.

WINGAS is one of the largest suppliers of natural gas in Germany. The energy company is active in natural gas trading across Europe – in Belgium, Denmark, France, Great Britain, Austria, the Netherlands and the Czech Republic. Its customers include municipal utilities, regional gas suppliers, industrial firms and power stations.