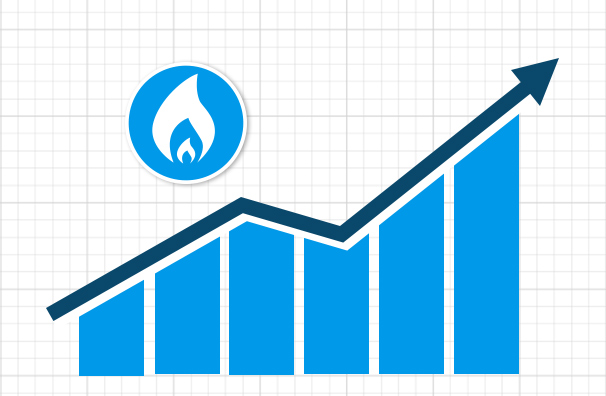 Kassel. The demand for natural gas in the European Union has risen again for the first time in four years, as revealed by the latest figures issued by the Eurogas association. According to initial estimates, combined gas consumption in the 28 EU states in 2015 was 4,603.6 terawatt hours.

The main reason for the increase was the weather. Demand for gas in households for heating energy resulted in a significant net increase in a number of countries. There are, however, differences between the individual countries and depending on the season.
In addition, countries like the Czech Republic, France and Slovakia experienced slight economic recovery in 2015, which was reflected in an increased industrial demand for gas.

The decrease in price for gas resulted in a positive development in demand in a number of countries such as the United Kingdom. Other member states, such as Finland, attempted to keep rising gas consumption in check through tax measures. Still others saw a decline in the share of gas due to the even lower price for coal, with the Netherlands, Ireland and Germany facing a shift from gas to coal.