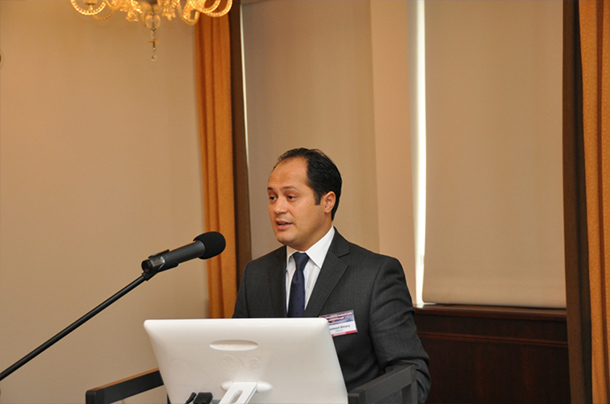 The Czech capital, Prague, is currently hosting a debate on the “Future perspectives of fossil fuels in Europe”, where energy experts are discussing the current situation on the local energy market and the role of traditional forms of energy in the energy mix of the future. The Czech Republic is one of the core markets of the WINGAS Group.

“The gas markets in Germany, Austria and the Czech Republic are drawing closer and closer together, especially in terms of price systems, market transparency, product landscapes, market regulations and the very low barriers to market entry. Although the Czech market represents only about a tenth of the volume of the largest gas market in Europe – Germany – we face the same challenges here as in our other core markets,” explained Hamead Ahrary, Director of Sales Central Europe at WINGAS, in his presentation to representatives of the Czech energy industry.

The Czech market has been undergoing a process of fundamental change for over ten years and has been influenced, and in some regards fully reshaped, by numerous determinants, such as liberalization, regulation or the surplus of natural gas on the market. As a result, today the market is characterized by intense competition and the corresponding pressure on margins and prices. “All the market players are thus compelled to accept and deal with these new circumstances. But not only that: they must also position themselves, especially as regards strategy, structure, core areas and processes, as early as possible to respond to this so that they can prevail over their competitors,” Ahrary continued.

In recent years WINGAS has achieved solid growth in Central Europe as well. WINGAS has been active in the Czech capital since 2012 with its own sales team there. In the last few years the company was able to increase its natural gas sales in the region significantly.