Millions for a good climate 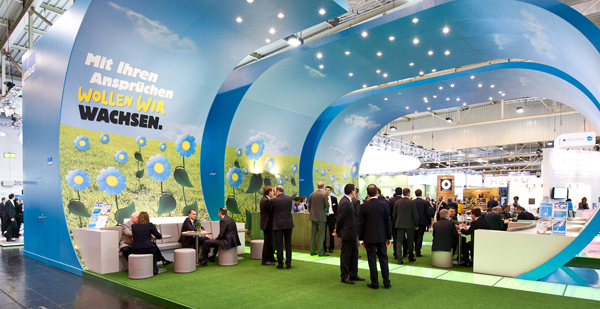 Essen. Energy company WINGAS is strengthening the role natural gas plays in the energy mix and as a partner of renewable energies. It has launched an incentive program worth millions of euros to promote the use of energy-efficient decentralized CHP technology (combined heat and power) in the consumer market over the coming years. WINGAS just announced this news at the E-world energy trade fair in Essen. "The CHP Partner Bonus is aimed at our municipal utility customers that market small CHP systems in the regions they supply or who wish to enter this market," the Managing Director for Sales at WINGAS, Dr. Ludwig Möhring, explained. The WINGAS incentive program offers either a one-time investment grant per micro-CHP system of up to 2,500 euros, or an annual operating grant for newly installed systems until the year 2020. In the case of the latter, WINGAS is doubling the special natural gas or eco-tax refund by up to 0.55 cents per kilowatt hour depending on the system capacity. The incentive scheme covers systems with a capacity of up to 20 kilowatts. WINGAS is one of the largest natural gas suppliers in Germany and supplies municipal utility companies, regional gas suppliers and large industrial users.

Half of the natural gas consumed in Germany is supplied to households and small users such as retail companies and service providers; and so far it was used almost entirely for heat generation. "If we want to meet the climate protection goals set by the government we have to make energy consumption more efficient. And we see considerable potential to increase energy efficiency and reduce CO2 emissions substantially with decentralized combined heat and power technologies," the WINGAS Managing Director explained. Small natural-gas powered CHP systems that generate heat and electricity at the same time can attain efficiency levels of over 90 percent and represent one of the most efficient methods of energy generation - partly because they are installed on the user's premises and therefore avoid any transmission losses. In recent years WINGAS has supported field tests and trials with small CHP systems (micro-CHP) on a wide scale together with various utility companies across Germany and helped promote the development of this technology.

"Combined heat and power systems have now become marketable products in the low capacity segment as well," Möhring underlined in Essen. But as with every new form of energy generation, financial incentives were necessary at the beginning, he added. "Even if CHP technology is only mentioned in passing in the German government's energy concept - we believe in this technology and have decided to promote it together with the municipal utilities that we supply," the Managing Director explained. "Small CHP systems not only have the potential to save energy effectively, and thus reduce CO2 emissions, in existing buildings, they also fit in perfectly with the concept of decentralized electricity and district heating generation." By connecting many small CHP systems, for example, a so-called "virtual power plant" could be created which could then be used to balance out fluctuations in electricity generation from renewable energies, which is a growing sector. Current studies now forecast that regenerative energies and combined heat and power will together supply more than half of the electricity consumed in the EU by the year 2020. "That gives natural gas an even more important role as a natural partner of renewable energies," Möhring commented.

Möhring also reported positively on the trading of CO2-neutral natural gas, so-called 'eco-gas' that WINGAS launched last October. "We have already been able to sell more than a billion kilowatt hours of CO2-neutral natural gas. That is equivalent to the annual consumption of a town like Chemnitz or Gütersloh," the Managing Director said. "And this is an upward trend." With WINGAS eco-gas customers can completely offset the greenhouse gas emissions generated by the combustion of natural gas. The emissions are offset by CO2 savings from climate protection projects. Alongside selected geothermal and wind projects that generate renewable energies, the company also supports new technology applications that avoid emissions. "Our commitment to these projects helps ensure their implementation and long-term future," the Managing Director of the natural gas supplier continued.

The selection of the projects is based on strict international quality standard such as the Gold Standard, which is also supported by environmental organisations such as the WWF. The certificates, which are also recognized and verified by independent bodies such as the UN climate secretariat in Bonn, are bought by WINGAS and then removed from the market and destroyed. The costs of purchasing the certificates are redistributed via the gas price. As Dr. Ludwig Möhring explained, "that is about 75 euros a year more per household for climate-neutral natural gas". The emissions-reducing processes are all regularly monitored by recognized organizations such as the German Technical Inspection Agency (TÜV).

In addition, the WINGAS eco-gas portfolio is complemented by biomethane. Farmers from Lower Saxony, amongst others, are supplying WINGAS on the basis of long-term supply agreements. As Möhring says, "Adding biogas improves the excellent CO2 performance of natural gas even further, and thus significantly enhances its benefits compared to other fossil fuels in the energy mix." The WINGAS Managing Director explained that the production of biogas was primarily a regional segment that was most effectively conducted with regional partners. "For this reason we are not investing in production facilities ourselves but are actively promoting projects with our customers and developing possibilities for integrating local supplies of biogas." Möhring said WINGAS was also supporting municipal utilities by purchasing and trading biomethane. The use of biomass as a form of energy is an important part of the future energy supply and is continuing to gain in importance. The German government has set the target of feeding six billion cubic meters of biogas into the German natural gas grid every year by 2020.