Möhring takes charge of the Zukunft ERDGAS Supervisory Board 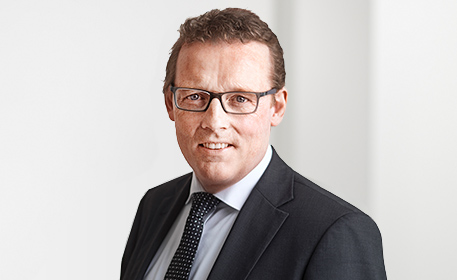 Berlin. Dr. Ludwig Möhring, Managing Director of WINGAS GmbH, was elected Chairman of the Zukunft ERDGAS Supervisory Board today. In doing so, he succeeds Nicole Otterberg (Uniper SE). Through the sector initiative Zukunft ERDGAS, over 100 companies from all value creation stages of the gas industry work together to ensure that gas plays an important role in the energy supply.
“Gas is an important cornerstone of the German energy revolution. After all, the gas industry offers efficient solutions for environmental protection which are immediately available and make economic sense – across all sectors. This needs to be made clear and we need a powerful voice for this: Zukunft ERDGAS,” said Möhring, explaining the aim of the sector initiative. Recently, Zukunft ERDGAS raised awareness for the advantages natural and green gas offer in terms of environmental protection with a campaign entitled “Greener than you think”. “In Germany, billions of euros have been invested into the expansion of renewable energies ever since the beginning of the energy revolution. Nevertheless, a CO2 reduction has not been achieved yet. The energy revolution must finally focus on real environmental protection. However, the necessary quick and affordable reduction of CO2 can only be achieved if conventional fuels and renewables go hand in hand – this presents a great opportunity for the new German government,” added Möhring. In a speech to politicians at the German Energy Congress, the WINGAS Managing Director recently called for “more courage to see reason” during the energy revolution.

Zukunft ERDGAS is made up of more than 100 member companies. “In recent years, we’ve broadened our basis and now cover the entire natural gas value chain,” said Dr. Timm Kehler, Director of Zukunft ERDGAS. This is also reflected in the new Supervisory Board as well, since the fields of production and network are now also represented in it.

Along with the gas industry, the German heating appliance industry also supports Zukunft ERDGAS. All leading heating system manufacturers are partners in the initiative and directly involved in its wide range of activities. “Together, we completely support the energy revolution’s climate targets. However, we sometimes see well-meaning politicians making bad decisions which are actually counterproductive,” explained Kehler. The ministries’ plans for the full electrification of all sectors as formulated in the Climate Protection Plan 2050, for example, are a particular cause of concern for the initiative.

Dr. Ludwig Möhring has been Managing Director of WINGAS since April 2010 and is responsible for areas such as sales in Germany and Europe. He has worked in the energy industry since 1992 and around ten of those years were spent working at Shell in London and The Hague. Möhring was previously Deputy Chairman of the Zukunft ERDGAS Supervisory Board. The Supervisory Board is elected for three years.