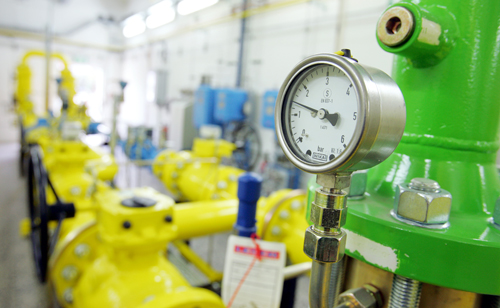 The natural gas transport company WINGAS TRANSPORT is continuing to forge ahead with the integration of the European natural gas networks.

Warsaw. The company reaffirmed and detailed its offer to connect the Polish grid to the West European natural gas network at the German-Polish border at an energy conference in Warsaw. In May 2007, WINGAS TRANSPORT made the proposal to the state-controlled natural gas company PGNiG to connect Poland to the West European supply network via a direct link to the OPAL natural gas pipeline near the border. This would enable Poland to transport natural gas from the West – from the North Sea for instance – directly to Poland. Just a few additional kilometers of pipeline would have to be laid across the German-Polish border. The OPAL is scheduled to become operational at the end of 2011.

WINGAS TRANSPORT is also offering to begin talks on installing so-called interconnectors, for example on the border in Mallnow for the Yamal-Europe pipeline. Technical construction measures to alter the physical flow of gas, which so far has only been transported from East to West, in the area served by the Mallnow transfer and compressor station would allow natural gas to be transported in the other direction if needed. This would, however, require more major construction work and, above all, it would re-quire the network operators to coordinate their activities closely in advance.
“Interconnectors between the networks are becoming increasingly impor-tant. As the number of interconnectors in Europe rises, the robustness of the networks, and thus supply security, grows”, WINGAS Chairman Dr. Gerhard König, explained on 23 October 2009 at the conference “Energy Security in the European Union” in Warsaw. A new interconnector for the Yamal-Europe pipeline could ensure supply from the West for Poland in an emergency, the Chairman of WINGAS, to which the network operator WINGAS TRANSPORT belongs, explained. Interconnectors between the Polish network and its neighbors’ networks are also considered a fun-damental requirement for overcoming the three Baltic nations’ isolation as an ‘energy island’. The three Baltic states can namely only procure gas from Western Europe, via transit through Poland, if Poland connects to the West European pipeline network. “We are counting on political support from Berlin and Warsaw if and when Poland presents a concept for a new interconnector to the EU Commission in Brussels”, Dr König explained.

Polish Prime Minister Tusk recently announced at the unveiling of the development strategy “Poland 2030” that he wishes to connect Poland to neighboring gas networks as quickly as possible so as to strengthen his country’s supply security. The German government supports this aim and is ready to help connect the gas networks of both countries.