“Natural gas-powered vehicles are a match for electric cars” 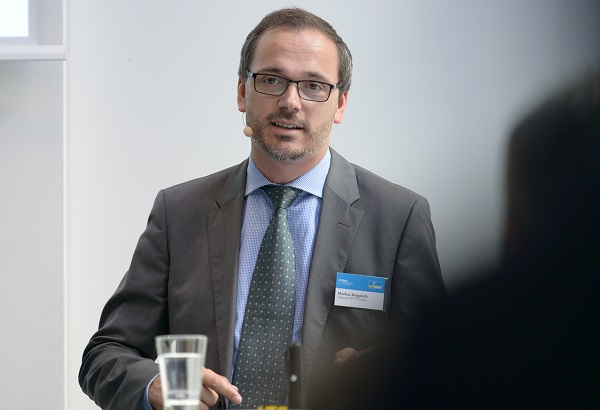 Kassel. Natural gas still plays a minor role in the mobility sector. Yet it boasts impressive cost-effectiveness and low CO2 emissions. Markus Buggisch, Head of Operations at Gazprom NGV Europe, explains the advantages of natural gas as a fuel, how great its potential is in the transport sector and what measures need to be taken to position it better.

Mr. Buggisch, the German government aims to make Germany largely climate-neutral by 2050. CO2 emissions are to be cut by 40 percent alone in the transport sector. The government is mainly relying on electromobility to achieve that. Does that mean natural gas is finished as a conventional fuel?
No, on the contrary. CO2 emissions have risen in the past years due to the growing number of cars and trucks. There is huge potential to reduce them, particularly in the mobility sector – and natural gas as the most climate-friendly conventional fuel can help do that. Moreover, natural gas-powered vehicles are more than a match for electric cars in terms of direct emissions given that green gas is fed into the network. If you allow for the emissions caused in producing the battery for an e-vehicle, a car running on biogas produces the same amount of CO2 as an e-car powered by electricity from a renewable source.

What are the advantages of natural gas as a fuel?
One major advantage of natural gas is its low emission levels. A car running on it emits around 23 percent less CO2 than a similar gasoline-powered vehicle. Its particulate and nitrogen oxide emissions are also 80 percent lower. Unlike electromobility, natural gas is already available and, most importantly, it’s scalable, since it is becoming greener and greener due to the fact that biogas is fed into the natural gas network. It’s also economical. The fuel is around 30 percent cheaper than diesel and 50 percent cheaper than gasoline.

Sales of natural gas-powered vehicles are sluggish. Why does natural gas as a low-CO2 fuel still play a minor role in the eyes of the general public?
Customers primarily buy a car and not a fuel. Natural gas-powered vehicles simply don’t evoke enough emotions. Eco-friendliness and low CO2 emissions are relevant aspects, but not the main sales arguments. Customers tend to be swayed more by image, the brand and cost-effectiveness. An added factor is that it wasn’t clear for a very long time whether the tax breaks for natural gas as a fuel would be extended. It was only in May that the German government reached a decision and created the necessary general political conditions to ensure that consumers now have security until 2026 and benefit from low prices. Incidentally, that means natural gas-powered vehicles are now also interesting to companies with a fleet – they can cut running costs and use environmentally-friendly cars for travel.

What measures now need to be taken to make natural gas-based mobility more attractive?
There are actually four key points to enable advances in natural gas-based mobility: First, the automotive industry should market and publicize the advantages of natural gas as a fuel more strongly – also by offering appropriate models. However, policymakers also need to do play their part. Official recognition of the biomethane component, which reduces the CO2 fleet average, would be an important step that could act as a powerful signal. Filling station operators must press ahead with expanding their network in order to ensure a long-term supply. In addition, a standardized display of prices at filling stations would make sense so that consumers can compare costs. One kilogram of CNG is (more than) 1.5 liters of gasoline or 1.3 liters of diesel. Not many people know that.