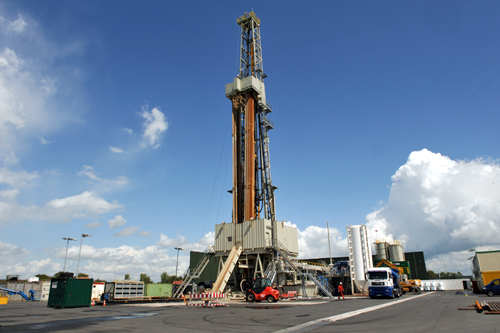 Project will strengthen supply security | Caverns to become operational from 2013

Leipzig. The two natural gas companies WINGAS and VNG have today declared their intention to work together to develop the Jemgum cavern storage facility in the district of Leer in Lower Saxony. VNG intends to take on about a third of the planned WINGAS storage capacities as storage operator.

Natural gas storage facilities are an important means of ensuring a secure energy supply. The liberalization of the European energy market and the rising demand for natural gas mean that more storage capacities will be required in the future. The two companies are creating the capacities required - but not just for their own needs; they will be marketing them to third parties, too.

Jemgum offers the ideal conditions for the construction of the high-capacity underground natural gas storage facility. Owing to their geological properties, the underground salt domes in the region make natural gas storage completely safe. There is barely another salt dome in North-West Europe that has been explored at such depth and which has already proved definitively to be suitable for a cavern storage facility.

The member of the VNG Executive Board responsible for procurement, Klaus-Dieter Barbknecht, said he was extremely pleased about the cooperation. "The declaration signed today represents another important step for VNG as a natural gas company. It will allow us to highlight the additional opportunities in the European natural gas market for our partners. The excellent geographical location and the logistics of the Jemgum storage facility are ideally suited to this. It already became clear in the first phase of the project that two partners with international experience of the gas industry are working together here. That makes it a fun and promising venture," Mr Barbknecht explained.

Dr. Rainer Seele, Chairman of WINGAS GmbH & Co. KG explained that, "With the European Union having to import increasing amounts of natural gas, the need for additional natural gas storage facilities is also growing. The construction of the facility in Jemgum therefore enables us to make a vital contribution to ensuring a secure energy supply for Europe. We are pleased that VNG, another key energy supplier, is involved in the project. That underlines not only the importance, but also the value, of the storage capacities."

European energy company WINGAS and energy service provider EWE are cooperating to build the natural gas storage facilities in Jemgum in Lower Saxony. The two companies plan to create up to 33 caverns in the underground salt domes in the next few years.
The storage facilities will be developed together by the two companies but operated separately following completion from 2013. WINGAS will initially build up to 18 caverns with a geometric volume of up to 750,000 cubic meters each. VNG intends to take on about a third of the storage capacities from WINGAS.

WINGAS GmbH& Co. KG is a European energy company and has natural gas trading and sales activities in Germany, Belgium, France, the United Kingdom, Austria, the Czech Republic, and Denmark. Its customers include municipal utilities, regional gas suppliers, industrial firms and power plants. Since 1990 WINGAS has invested more than 3 billion euros in the development of its own natural gas transport and storage infrastructure. The WINGAS TRANSPORT pipeline network, which is over 2,000 kilometers long, connects the major gas reserves in Siberia and the natural gas fields in the North Sea to the growing markets in Western Europe. In Rehden in North Germany, WINGAS has the largest natural gas storage facility in Western Europe - with a working gas volume of over four billion cubic meters - and it is also a partner in the second-largest storage facility in Central Europe situated in Haidach in Austria. Furthermore, additional natural gas storage facilities are currently being built in Great Britain and Germany in order to secure the supply of natural gas in Europe.

More information is available at www.wingas.de.

VNG - Verbundnetz Gas AG is an international group of companies and a reliable supplier of natural gas from Norwegian, Russian and other sources to major users and municipal distributors in Europe. VNG has been active in the natural gas sector for over 50 years. Today, VNG is Germany's third largest gas importer and ranks among Europe's top ten. In 2008, with its workforce of about 640, VNG delivered 171.4 billion kWh of gas and generated sales of 5.5 billion euros.