WINGAS takes off in the Netherlands 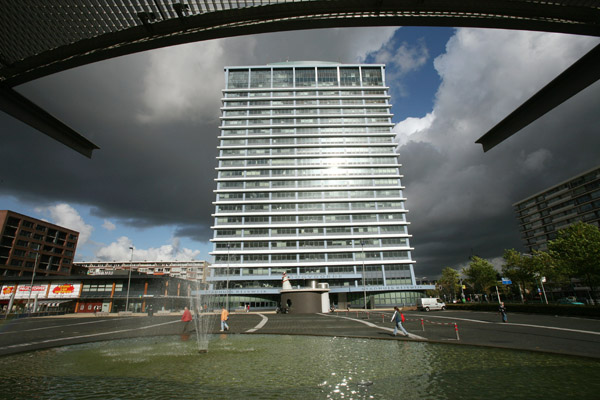 Rijswijk/Kassel. WINGAS is focussing on growth in Europe: the natural gas company plans to expand its activities on the Dutch energy market and has opened a new sales office in Rjjswijk near The Hague to this end. The company’s success in neighbouring country Belgium serves as a role model for the sales activities in the Netherlands. The supplier began operating here in 2003 and now has a market share of almost ten percent. “We want to steadily increase our market share in the Netherlands in the same way we have been growing in Belgium,” WINGAS spokesman Dr. Gerhard König said at the opening of the office today (Wednesday 27.04.2011). “With the launch of our natural gas sales activities in the Netherlands we are also responding to the demands and wishes of the market – many of our existing customers are also active here and want us to supply them here too.“ In addition to serving the domestic market in Germany, WINGAS is active as a natural gas supplier in north-west Europe - in the UK as well as Belgium. In Germany the company has grown into one of the largest natural gas suppliers with a market share of around 20 percent.

WINGAS has already sealed one major supply agreement in the Netherlands: from 2012 the company will supply up to one billion cubic meters of natural gas a year for the next 18 years to the third-largest Dutch energy supplier Eneco Holding N.V. “This extensive supply agreement paves the way for further growth here,” König said confidently. “A partnership like this with one of the largest domestic energy suppliers provides a good basis for pursuing our goal,” the WINGAS Chairman said. As in other countries where the company operates, WINGAS supplies regional suppliers, industrial customers and power plant operators in the Netherlands. With natural gas production in the southern North Sea declining, WINGAS enhances supply on the Dutch natural gas market. The company, a joint venture of the BASF energy subsidiary Wintershall and the world’s largest natural gas producer Gazprom, markets natural gas from the North Sea and from Russia.

In addition, the company has its own natural gas storage facilities in northwest Germany. As well as the largest natural gas storage facility in western Europe in Rehden, which has a capacity of about 4.2 billion cubic meters, a storage facility is currently being built in Jemgum. This cavern storage facility will have a capacity of up to 1.2 billion cubic meters of natural gas. Next year it will also be connected directly with the Dutch pipeline system via a 15-km-long pipeline. König: “By positioning our company like this we can offer the Dutch energy market real added value and a secure supply of natural gas.” With an annual gas consumption of 40 billion cubic meters a year, the Netherlands represents one of the most important markets and strongest economies in the European Union. “We want to achieve further growth. And the Netherlands play a key role in our growth strategy,” König explained. In 2010 WINGAS sold 317.9 billion kilowatt hours (kWh) of natural gas overall. 43 percent of its natural gas sales now come from neighbouring European countries.

WINGAS is one of Germany's largest suppliers of natural gas. The energy company is active in natural gas trading across Europe: in Belgium, the Czech Republic, Denmark, France, the Netherlands and the UK. Its customers include municipal utilities, regional gas suppliers, and large-scale industrial users. WINGAS companies also market transport, storage and fiber-optic capacities and operate gas pipelines and storage facilities. Since 1990 the Group has invested more than 3 billion euros in the development of a natural gas transport and storage infrastructure. Its storage facilities make the WINGAS Group one of the largest storage facility operators in Europe. This includes the natural gas storage facility in Rehden in North Germany, which is the largest natural gas storage facility in Western Europe. The pipeline network of the subsidiaries WINGAS TRANSPORT GmbH and OPAL NEL TRANSPORT GmbH, which stretches over 2,000 kilometers, connects the major gas reserves in Siberia and in the North Sea to the growing markets in Western Europe.