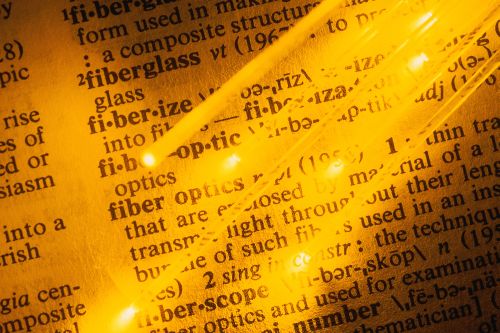 Kassel. WINGAS is continuing to strengthen its position in the fiber optic cable market in Germany. The Internet hosting company Hetzner Online, one of the largest data center operators in Germany, has now decided to use the fiber optic cable capacities of the Kassel-based natural gas company. The WINGAS fiber optic cable network connects the IT company’s new data center in Falkenstein in the Vogtland region to the data hub in Frankfurt approximately 400 kilometers away. Data quantities of up to 800 gigabits per second can be transported via the cables – equivalent to the content of 25 DVD’s. “In our search for an extensive, secure and available network we found WINGAS, a reliable business partner which can offer connections to all the major German cities and economic regions”, Martin Hetzner, CEO of Hetzner Online AG, said.

Fiber optic cables are installed along the entire 2000-kilometer-long gas pipeline network of the WINGAS Group, and are used to monitor the natural gas pipelines and the flow of gas. WINGAS itself only uses a small proportion of its fiber optic capacities and offers the remaining transmission capacities – so-called ‘dark fiber’ – to national and international companies.

“In general our cables have more than 100 glass fibers, so it makes sense to market these capacities”, Markus Bodendieck, the man responsible for Telecommunications at WINGAS, explained. “With our extensive network we can offer fast Internet access to many regions that previously had insufficient broadband capacities.” Compared to data transmission via copper cables or radio, fiber optic cables, which are made of fine silica glass, have very high band widths – despite a fiber diameter of less than 0.13 millimeters – and can thus transmit up to 40 million telephone conversations simultaneously via just one pair of glass fibers.

Together with the German networks of its two European partner companies, KPN (the Netherlands) and TeliaSonera International Carrier (Sweden), the fiber optic cable network marketed by WINGAS covers a distance of more than 10,000 kilometers, thus providing the backbone of the German IT and telecommunications industry. The network directly connects important locations in Germany's major economic centers. Points-of-Presence (PoPs) include Hamburg, Berlin, Hanover, Düsseldorf, Cologne, Frankfurt, Stuttgart, Munich, Nuremberg, Leipzig and Dresden. WINGAS is now represented in several major German cities with fiber optic capacities. They are connected via network mergers with regional telecommunications companies. It also has connections to the international fiber optic cable network in other European countries.

Hetzner Online is a successful Web hosting company and experienced data center operator in Germany. The company, founded in 1997, registers and hosts 250,000 domains worldwide and looks after more than 30,000 dedicated servers in its own high-capacity data centers in Nuremberg and Falkenstein.

WINGAS used cutting-edge glass fiber technology to develop its pipeline grid right from the outset. Initially, data transmission focused on controlling and monitoring the pipeline system but with the liberalization in the telecommunications markets, in 1996 WINGAS was one of the first companies to begin marketing its fiber optic network. Today WINGAS has many well-known companies in the telecommunication and IT industries among its customers.